“mixes the icy pop that Scandinavian artists do so well with the type of melodic rap/R&B verses that are so popular in 2016, but the results never sound forced” – Pigeons and Planes

Even though ‘This Journey’ is a clear step towards a more accessible sound, the band’s pervasive love of a bittersweet, melancholic sound (which Swedish pop music is so very good at) remains, setting them apart from peers, in both Sweden and beyond.” – Ja Ja Ja

“Syncopated beat and vocals so gravelly they vibrate”  – Wonderland Magazine

Also previously featured on Hypetrak, FACT, The 405 and more 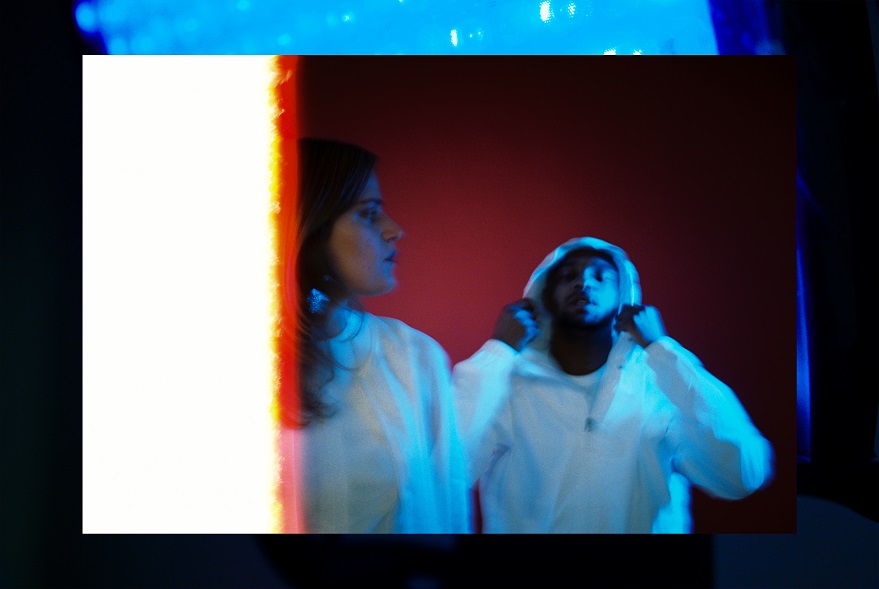 Split between Atlanta and the remote Northern parts of Sweden – commonly known as Sápmi, the hip-hop meets electro-pop trio Blänk are currently getting ready to release their third album ‘Weary Soul’. Touching on topics such as self-destruction, angst, hope, and finally acceptance, the new record is as much uplifting as it is lachrymose, focusing on emotional emancipation and taking control of your own life.

With their last two albums ‘You’ve never been to Sápmi’ (2009) and ‘Only Built For Northern Lights’ (2015) earning the trio acclaim from across the US and UK, Blänk have gone from strength-to-strength with each release. It is obvious that their evolution across their work, influenced by friends from across the music scene (they collaborated with Noonie Bao on their last record), has transmuted their sound towards their most mature and consummate release yet. This record now sees the trio go it alone bearing brutal yet charming honesty and an empowering confidence.

‘Weary Soul’ is powerful step forward for Blänk, whilst still combining the trio’s signature combination of polar melancholy and the slick yet gritty flow of the nominally southern state of Atlanta. The album is still heavily rooted in hip-hop, however the new record also sees Blänk move into a darker more downbeat atmospheric electro sound, which occasionally takes influence from intermittent soul-infused textures and at times owes itself to a subtle 80’s electro-pop inflection. It’s an incredibly diverse record, which is carried by the contrasting vocals from Simon Trabelsi and Lina Öhman and their lyrical themes – the album surrounds their motivation to turn thoughts of depression and suicide towards thoughts of growth, self-love and self-discovery.

It’s dark, but still hopeful, whilst also exhibiting hubris. ‘Weary Soul’ is the culmination of years of personal challenges and self-work. Valleys, peaks, wins, losses, they’re all a part of the journey but their collective weight adds up. Speaking about the album Blänk said, “The album is about baring the pain and perspectives of the weary soul that’s lived through it all. At this point it’s not about being depressed or celebrating wins, it’s about recognizing all those things are a part of a larger journey that shapes the person one becomes.” THE MISSION Announce The Complete Another Fall From Grace Box Set