New Track Premiere | Be Like Pablo – There She Is | @belikepablo

BE LIKE PABLO PREMIERE NEW TRACK ‘THERE SHE IS’ AT CLASH

WATCH/SHARE VIDEO VIA CLASH HERE OR VIA YOUTUBE HERE

‘THERE SHE IS’ SINGLE DUE FOR RELEASE MARCH 17TH

“This could be a big year for Be Like Pablo…The video matches Hollywood glamour to their off kilter guitar pop – it’s a winner.” – Clash

“Scottish indie pop of the most traditional and twee sort. Neither of which are an insult…charming.” – Drowned In Sound

“There She Is is the best Be Like Pablo song to date.” says lead songwriter, Ewen Watson, of the mischievous Scottish band. A bold statement to make for a band with a consistent record of quality music behind them, but not an exaggerated one in this case. With influences like The Rentals, and The Cars, the band’s interest in retro imagery and sounds are prominent in the track, yet their trademark Moog synths, and fuzzy power chords help to underline the narrative that runs throughout ‘There She Is’.

The sleek sweet video, produced by the award-winning company, Freakworks, and starring Jerry-Jane Pears (The Royals, Survivor), depicts a Notting Hill-like tale of celebrity vs ‘normality’ and how images in the media blitz society. Watson explains this further,“There She Is tells the story of a high-school crush who left home and grew up to be the most famous person on earth. When writing the song, I could see a music video in my head from the outset: billboards and magazines spectacularly coming to life with their star – a glamourous model – breaking from her still-image form and reaching out to the real world.” 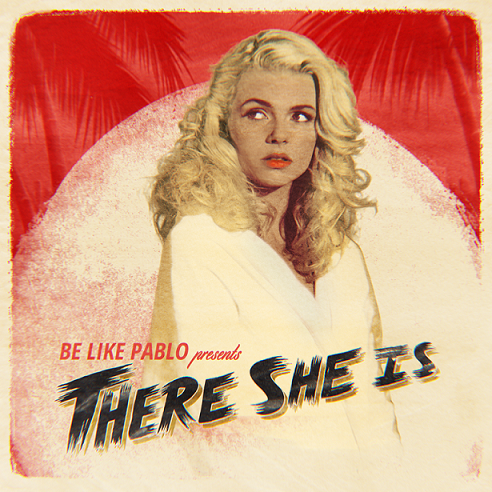