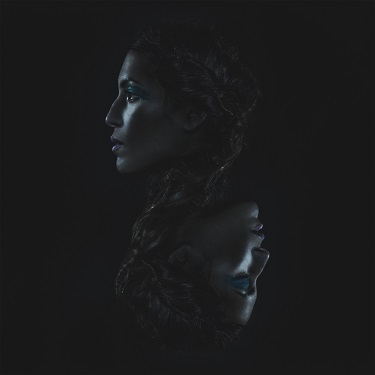 “Synths rise and fall, throbbing beneath the track without seeming to break the surface, and there’s something sinister – yet addictively gripping – about how the echoing chants of “Nearly, nearly,” find their way under your skin in little more than an instant.”  The Line Of Best Fit

Fusing elements of disquieting electronica with alternative pop, Vandana’s angular, intense music embraces womanhood and otherness as if from inside the mouth of a cave. Her multicultural lifestyle, from India to London to Brooklyn, has influenced her wildly eclectic and self-assured material, which arrives steeped in the knowledge of ancient Indian traditions and fables as well as in assorted vehicles of abstract art and thought.

Vandana is pleased to share the new single from her upcoming EP as The Line Of Best Fit’s ‘Song Of The Day’! Listen to ‘Nearly’ HERE.

Inspired by musical pioneers like Aphex Twin, Thom Yorke and Miles Davis as well as the vibrancy of Bollywood, the Gothicism of The Cure and the evocativeness of Fever Ray, Vandana also takes her cues from purveyors of subversion like Edgar Allan Poe, Lars Von Trier and Henry Miller. In this latest material, the naturally introverted singer brings her insular and mysterious writing process to life via slow-dripping, throbbing synths, creating an atmosphere that’s arcane, exotic and brooding.

An instinctive and intimate record – and one that was created in Vandana’s home studio during a period of solitary retreat – the six-track EP makes for a truly absorbing listen.

Using a journal in which she writes and draws entirely with her left hand (in esoteric thought, the left hand is associated with receiving), many of her lyrics are the result of this inward-looking process and are thus super cathartic and revealing. It’s a maze of sentiments with the emphasis being on a nocturnal space and – as a result – the release is named Nox Anima – meaning Night Soul/Spirit. This in turn, is a nod to the psychologist Carl Jung’s description of Anima: the part of the psyche that is directed inward and in touch with the subconscious.

Lead single ‘Vicious’ was inspired by watching a lot of nature documentaries. This song is literally dedicated to the majesty of a creature in pursuit and what it’s like having an unobtainable subject of affection –a fixation over something without being able to physically or tangibly possess it. Elsewhere, ‘Nearly’ documents the seasonal cycles of a relationship, while ‘Jaan’ is a trying but exciting journey through a dense, deep, smoky forest with a loved one- about reconnecting with the primitive animal side.

The whole EP twists about on a mixture of abstract and visceral themes, building you up before submerging you in swirls of throbbing sound that threaten to unsettle your very core.