How much does the average artist earn per play on Spotify? originally appeared on Quora: the knowledge sharing network where compelling questions are answered by people with unique insights. Answer by Glen Sears, Music industry digital strategist & web developer, on Quora:

How much does the average artist earn per play on Spotify? Publications and pundits love to throw around dollar amounts, but these are mostly false figures presented in a vacuum. To see why, it’s beneficial to understand how streaming royalties are generally calculated and paid:

Clearly, the amount an artist makes is directly tied to each month’s performance. Not just of that artist, but of their publisher and the entire streaming service as a whole.

It is dangerous to speculate on the “average” payout because there are hundreds of ownership cases that affect those payouts. Here are a few, each assuming the artist gets the same number of plays:

There are many other ownership scenarios that further complicate the matter. Additionally, performing artists often get secondary payouts from labels, while the term “artist” often can refer to “songwriter” or “performer” interchangeably, meaning even another party may receive a percentage of the per play allocation.

Streaming services like Spotify or Apple Music are certainly not in a legal position to normalize these payments. Their job is to faithfully fulfill the contracts as they are written.

Per-play allocation looks different to every rights holder, depending on their ownership contracts. This makes finding a reliable “average” virtually impossible, since every arrival at a “rate” is a single snapshot false equivalent. Plus, it would be rendered useless by the next billing cycle anyway.

Also a good read on Quora – Streaming Music: How do streaming services stay in business? 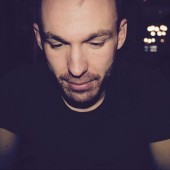